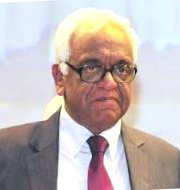 National Sports Awards ceremony is held every year on August 29 to commemorate the birth anniversary of hockey legend Major Dhyan Chand. But this year it will be organised on September 25, 2018. The change of schedule was done because of clash of dates with 2018 Asian Games, which concluded on September 2, 2018 in Jakarta, Indonesia.

Justice Mudgal is retired Chief Justice of Punjab and Haryana High Court. Previously he was appointed by Supreme Court to probe into 2013 IPL spot-fixing scandal, involving three players from Rajasthan Royals. Currently, he is deputy chairman of FIFA Governance Committee and Review Committee. Mukul Mudgal, is also popular name among cricketing circles, as he is regarded as pioneer behind reviving Test cricket in India. He also had devised new procedures on how to get crowds into cricket stadiums.