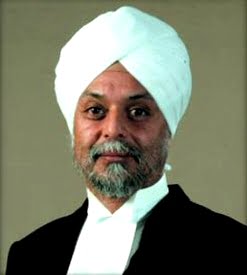 Justice Jagdish Singh Khehar (64) will be the next Chief Justice of India (CJI). He will be the 44th CJI and shall succeed Chief Justice TS Thakur who retires on January 3, 2017.
Justice Khehar will be sworn in as the CJI by President Pranab Mukherjee on January 4, 2017. With this, he will be the first Sikh to become the CJI.
Justice Khehar’s name for appointment as the next CJI was recommended by SC collegium headed by Chief Justice TS Thakur. He would remain in office from January 4, 2017 till August 4, 2017 i.e. till he attains the age of 65.