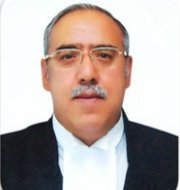 Justice Deepak Gupta has sworn-in as the new Chief Justice (CJ) of the Chhattisgarh High Court.
He was administered the oath of office as per by Chhattisgarh Governor Balram Das Tandon at Raj Bhawan in Raipur as per the provisions of the Article 219 of Constitution.
Background