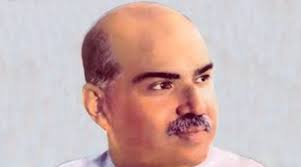 Syama Prasad Mukherjee was an Indian barrister, politician and academician. He served as the Minister of Industry in Pandit Nehru’s cabinet. He was born on July 6, 1901.

PM Modi and several other leaders paid tribute to Mukherjee on his birth anniversary.

He founded the Bharatiya Jana Sangh with the help of Rashtriya Swayamsevak Sangh in 1951. The Sangh was the predecessor to Bharatiya Janata Party. He died in the custody of Jammu and Kashmir police in 1953.

He is widely recognized as the founder of BJP.

On Jammu and Kashmir