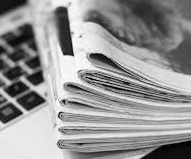 Veteran journalist Patil Puttappa who was fondly known as Papu, passed away recently at the age of 99. He was an ardent follower of Gandhian principles and a Khadi activist.

Patil Puttappa had also served as a former Rajya Sabha member. He remained as a strong representative of Kannada and had received several prestigious awards including the Karnataka Rajyotsava Award, T.S.R. Award, and “Nadoja’. He had recently been presented the ‘Basava Award’ by the Chief Minister of Karnataka.