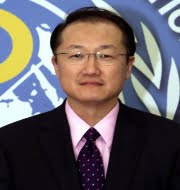 Jim Yong Kim has been re-appointed as President of World Bank for a second five-year term beginning 1 July 2017.
He was unanimously chosen by the Executive Directors of the World Bank. He was the only candidate in a process.