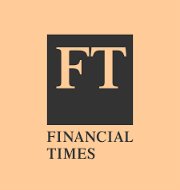 The two leading financial news operations from Europe and Asia are now together, as Nikkei Japanese media group is going to buy the Financial Times from Britain’s Pearson in a $1.3 billion.
Financial Times acquisition is a triumph for Nikkei as this is the biggest acquisition ever by any Japanese media organisation.
This acquisition has brought an opportunity to Nikkei newspaper to expand its readers outside its home market.
Pearson a 171-year-old international media company sold FT as it wanted to expand its education business. Pearson owned FT for nearly 60 years.
It should be noted that the FT’s acquisition does not include its 50 percent stakes in The Economist magazine and nor its headquarters at London.
About Financial Times:
FT printed its first pink paper 127 years ago in 1893. It is one of the world’s leading business news and information organisation that is recognised internationally for its accuracy, authority, and integrity.
About Nikkei:
Nikkei the employee owned firm is Asia’s largest independent business media group that owns the flagship newspaper Nikkei which has over 3 million circulations for its morning edition alone and enjoys a must-read reputation for financial and business news in Japan.
Nikkei is involved in other operations from magazines and books to digital media and also operates database services and broadcasting.
Note: The main stock market index in Japan is named after Nikkei.