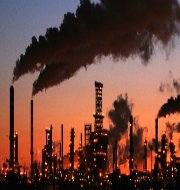 World’s sixth biggest greenhouse gas polluter, Japan has pledged to cut emissions 26 per cent from 2013 levels by 2030 in a bid to fight calamitous global warming.
In this regard, Japanese Prime Minister Shinzo Abe led government submitted its target to the United Nations Framework Convention on Climate Change (UNFCCC).
Japan’s announcement comes ahead of Climate change conference to be held in December 2015 in Paris which is aiming for international efforts to create a new frame work for addressing climate change. With this Japan became the 19th UNFCCC member party to submit a carbon-cutting pledge to the United Nations.
Other countries announcements
Unite States: Earlier in 2014, US had committed to reduce the greenhouse gas emissions by 26 to 28 per cent cut by 2025 from 2005 levels.
European Union (EU): It also had set a target to reduce emission of 35 per cent below 2005 levels by 2030.
China: World’s largest emitter officially has not announced its target to reduce the greenhouse gases emissions yet, but had set a target for the country’s emissions to peak by 2030 in a joint climate announcement with US in November, 2014.