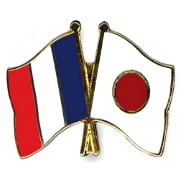 Japan and France have signed an arms transfer agreement for military equipment, services and technology.
The defence pact seeks to boost cooperation and joint development between both countries in order to strengthen security ties.
The agreement will also pave the way for Japan to develop drones and other unmanned equipment together as it seeks to play a greater international military role. It will also promote joint projects in several fields including unmanned technologies for underwater search missions or surveillance.
Japan and France also have agreed to step up broader military cooperation and anti-terrorism efforts. In the past, Japan had signed similar arms equipment and technology transfer agreements with the Britain, United States and Australia.