Irfaan Ali is the new President of Guyana 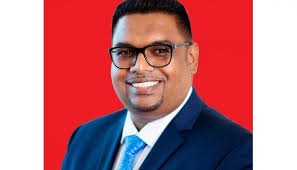 After winning bitterly-contested parliamentary elections, the opposition party in Guyana has won the elections and the opposition candidate, Mohamed Irfaan Ali has been sworn-in as the new President of the country. This is going to ensure that the prolonged political stand-off and economic issues will be resolved now under the new and stable government.

Irfaan Ali has defeated the incumbent David Granger, by a margin of over 15000 votes in the recently-concluded election. As the President of the country, Ali is going to manage billions of dollars in new oil revenues, which have transformed the economy of the country. Guyana used to be an impoverished British colony and now it has become the world’s fastest-growing economy that also after a slump in the oil prices of the country.

This victory is significant since it comes after five months of a political battle between the two major political parties of the country. The reason was the outcome of the vote held on March 2, which increased the tensions between Black citizens and those of South Asian Descent. This struggle has further been aggravated due to the newfound wealth pouring in from off-shore oil fields where production started in January this year.

The reaction of the Ruling Party

Members of the ruling party are going to challenge this outcome. They also approached the courts with petitions for injunctions to stop the declaration of results and the activists in the party also threatened to make the country ungovernable, post this result. Irfaan Ali is going to have a tough time managing the country after getting elected.