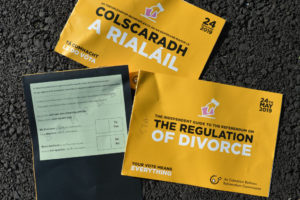 People in the Republic of Ireland have voted by an overwhelming majority to ease the constitutional restriction on country’s divorce law.