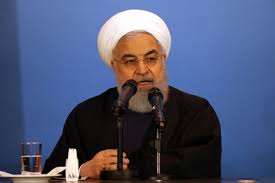 The Iranian Parliament has recently passed a bill called the “Strategic Measures for the Removal of Sanctions”. The bill aims to boost the nuclear activity of Iran in the wake of killing of the Iranian nuclear scientist, Mohsen Fakhrizadeh. He was the head of the Iranian defence ministry innovation centre. He was assassinated on November 27, 2020 during a Gunman attack in the town of Absard in Tehran region.

Key features of strategic measures for the removal of sanctions bill

What is nuclear enrichment process?

It is a process to create an effective nuclear fuel. For instance, uranium occurs as uranium-235 and uranium-238. They are the two isotopes of Uranium. Isotopes are atoms with same mass number and different atomic number. Of these two forms, only uranium 235 undergoes fission with thermal neutrons. In other words, only Uranium 235 is ideal for nuclear energy. Higher the concentration of Uranium 235, higher is the nuclear energy produced. This process of enriching the fissile material in a nuclear fuel is called nuclear enrichment.

He was an academic physicist. He led the green salt project and the organisation of defensive Innovation and Research. In 2006, the United Nations Security Council imposed an asset freeze to Mohsen as Iran refused to make him available for the interview of International Atomic Energy Agency.

It is an alleged secret project of Iran that focuses on high explosives, random processing and missile Warhead design. The project derives its name from Uranium tetrafluoride. This is because Uranium tetrachloride is also known as green salt.

It is a green crystalline solid compound and is slightly soluble in water. It occurs in Uranous state. The tetravalent state of Uranium is called Uranous state.