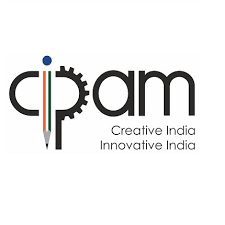 The Cell for IPR Promotion and Management (CIPAM), Department of Industrial Policy and Promotion (DIPP), in collaboration launched ‘IPrism’ for college and university students.
The one of its kind Intellectual Property (IP) Competition was launched by CIPAM-DIPP in association with ASSOCHAM and ERICSSON India.

The IPrism competition aims to foster culture of innovation and creativity in younger generation. It will provide young creators unique opportunity to see their creations recognized on national platform. It invites students to submit films on piracy & counterfeiting under two categories of 30 and 60 seconds. In another category, there is competition is for mobile gaming app on IP.

Counterfeiting and Piracy cause significant loss to film industry and pose serious safety threats to consumers. By generating awareness it can help to tackle such crimes since limited knowledge about their adverse social and economic impact leads to circulation and consumption of pirated content and fake goods. The National IPR Policy adopted in May, 2016 that aims to create vibrant IP ecosystem in country calls for creating IPR Awareness through outreach and promotional activities.

The CIPAM is nodal professional agency under DIPP, Ministry of Commerce & Industry. Its mandate is to effectively implement National Intellectual Property Rights (IPR) Policy adopted in May 2016. It has been actively involved in many activities including a nation-wide IPR awareness campaign. It has undertaken several measures to strengthen IP ecosystem in country.