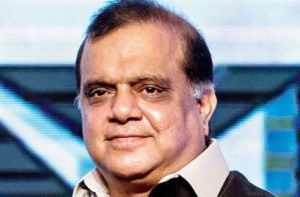 Narinder Batra, President of Indian Olympic Association (IOA) was elected as a member of International Olympic Committee (IOC) in Lausanne, Switzerland. He secured 58 votes out of 62 polled.

He was elected to prestigious seat during the 134th IOC Session being held in Lausanne, Switzerland.

His election is linked to his function in a National Olympic Committee that is president of Indian Olympic Association (IOA).

With Batra now being elected to IOC, the number of Indians who are currently active members of IOC will increase to two.

In 2016 Nita Ambani Chairperson of Reliance Foundation, was elected as an individual member of IOC. She is 1st Indian woman to be elected to prestigious seat.

Randhir Singh, Former IOA Secretary General has also served as a member of IOC from 2001 to 2014 and has been made an honorary member since then.

IOC is non-governmental sports organization that was founded on 23 June 1894 in Paris, France.

It is the supreme authority of Olympic Movement and is headquartered at Lausanne, Switzerland.

It acts as a catalyst for collaboration between all parties of the Olympic family and shepherds success through a wide range of programmes and projects.