International Day for the Preservation of the Ozone Layer: September 16 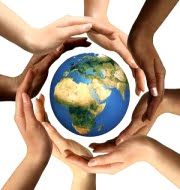 The International Day for Preservation of Ozone Layer (or World Ozone Day) is observed every year on September 16 for the preservation of the Ozone Layer. This year, the theme for the Day is ‘Keep Cool and Carry On: The Montreal Protocol’. The day was designated by United Nations General Assembly (UNGA) on December 19, 1994. Its observance commemorates the date in 1987 on which Montreal Protocol was signed on substances that deplete the ozone layer. It also is intended to spread awareness of the depletion of the Ozone Layer and search for solutions to preserve it.

The Ozone layer is fragile shield of gas which protects Earth from harmful ultraviolet (UV) radiation of Sun and thus helping preserve life on the planet. It contains high concentrations of ozone (O3) in relation to other parts of the atmosphere. Stratospheric Ozone is not harmful, but its presence on land it is harmful. Substances like Chlorofluorocarbons, halons, Carbontetrachloride are responsible for ozone layer depletion.

It is an international treaty designed to protect ozone layer by phasing out production of numerous Ozone Depleting Substances (ODSs) that are responsible for ozone depletion. It was agreed on 26 August 1987 in Montreal, Canada and entered into force on 26 August 1989. It was followed by a first meeting in Helsinki, May 1989. Under it production and consumption of key ODSs like chlorofluorocarbon (CFCs), Methyl Chloroform, CTC halons and Methyl Bromide have been phased-out globally. It is legally binding on member countries.  has been ratified by 197 parties making it universally ratified protocol in UN history. It is also highly successful international arrangement, as it has phased-out more than 95% of the ODS so far as per its main mandate in less than 30 years of its existence. It has helped in recovering the ozone hole in Antarctica.

Vienna Convention for Protection of the Ozone Layer

It is multilateral environmental agreement agreed upon at the 1985 Vienna Conference and entered into force in 1988. It is one of the most successful treaties of all time in terms of universality. It has been ratified by 197 states (all UN members as well as the Niue, Holy See and the Cook Islands) as well as European Union. It acted as framework for international efforts to protect fragile ozone layer. These are laid out in accompanying Montreal Protocol. However, it does not include legally binding reduction goals for the use of CFCs, the main chemical agents causing ozone depletion.