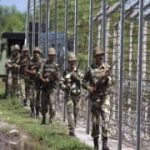 India shares 1,751 km-long border with Nepal and 699 km-long border with Bhutan. The border with Nepal touches Uttarakhand, Uttar Pradesh, Bihar, West Bengal and Sikkim and border with Bhutan touches Sikkim, West Bengal, Assam and Arunachal Pradesh.
India has visa free regime with both countries as border population on both the sides has strong regional, cultural and economic ties. Due to visa-free regime, there is trans-border movement of criminals and anti-national elements which pose major security challenge.

The intelligence wing of SSB will help to institutionalise a well-knit intelligence network of highest capability that can play important role in comprehensive border management. Based on intelligence SSB can undertake essential operations to prevent criminals and smugglers from taking advantage of friendly borders with Nepal and Bhutan.

The Ministry also launched Welfare and Rehabilitation Board (WARB) application to facilitate retire CAPFs and Assam Riffles personnel to get their grievances redressed, seek skill development, re-employment and other relevant and important information.

The extension of the Armed Forces (Special Powers) Act, 1958  has been announced by the Assam gover...

On June 29, 2020, Government of India banned 59 mobile applications that are prejudicial to integrit...

The Uttar Pradesh government is to create a dedicated Security force that will look after the securi...

On May 12, 2020, the Indian Railways partially begins passenger train services. Around 15 trains are...

Third Phase of Lock Down begins

The Union Ministry of Home Affairs issued a statement declaring the video meeting service, Zoom, as ...