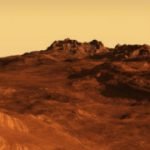 InSight, NASA’s new Mars lander, has set up its first instrument on planet Mars. The instrument placed by InSight, which landed on Mars on 26th November, is a quake monitor (seismometer) that will listen for quakes and wobbles.
It is the first time that a scientific instrument has ever been placed on another planet’s surface. InSight will also put a wind cover over the seismometer next month and initiate a new experiment.

InSight or the Interior Exploration using Seismic Investigations, Geodesy and Heat Transport mission of NASA is a robotic lander that seeks to gather information about the deep interior of Mars. InSight mission was launched by NASA on 5 May 2018 and landed on Mars on 26 November 2018 making a journey of about 483 million km.
The successful execution of Insight mission will enable humans to have a better understanding of the evolution of the Solar System’s terrestrial planets – Mercury, Venus, Earth, Mars – and Earth’s Moon. InSight’s primary tasks include placing a seismometer, known as SEIS, planet Mar’s dusky red surface to measure the seismic activity. SEIS will also provide accurate 3D models of the interior of Mars. To study Mars’ early geological evolution, InSight also plans to set up a heat probe called HP3 on Mars that will measure internal heat flow.