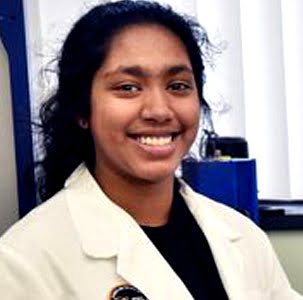 Indian-American teenager Indrani Das (17) has won the top prize of $2,50,000 in the Regeneron Science Talent Search competition in the United States (US).
She has won the award for her research on treating brain injury and disease. Her research showed a way for increasing the survival rate of neurons affected by brain injury or neurodegenerative disease.

Indian-American teen, Arjun Ramani was placed at third place for his project on networks using mathematical field of graph theory and computer programming. He won prize of $1,50,000.