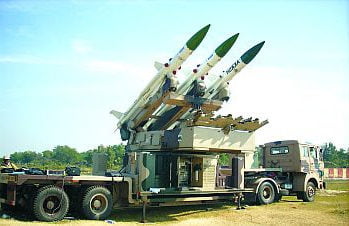 India successfully test-fired its indigenously developed quick reaction surface-to-air short range missile (QR-SAM). The sophisticated missile was test fired from a truck-mounted canister launcher from launch complex-3 at the Integrated Test Range (ITR) at Chandipur.
It was the second successful developmental trial of the state-of-the-art missile with an aerial target. The first test launch of the missile was conducted in June 2017 from the same base.

Key Features of the missile

The QR-SAM has been developed by the Defence Research and Development Organisation (DRDO) and other establishments. It has been designed to be a quick reaction missile. It is an all-weather weapon system capable of tracking and firing. The missile has a strike range of 25 to 30 km and can engage multiple targets. QR-SAM will complement the existing Akash short range SAM (surface-to-air missile) with a range of 25 kilometres which has already been inducted into the services.