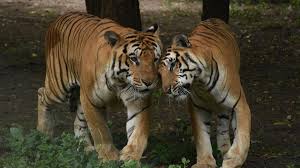 On July 11, 2020, India set the world record of conducting largest ever camera trap survey in the world.

The fourth edition of tiger census that was carried out in 2018-19 was the most comprehensive till date. The survey has hence been included in the Guinness Book of World Record.

The Government of India has been conducting tiger census every four years. The census was conducted by National Tiger Conservation Authority and the Wildlife Institute of India. The latest survey was conducted using a camera trap.

The camera traps were fitted with motion sensors that will start recording when an animal pass by. Cameras were placed in 26,838 locations in 141 different sites. These cameras captured 34,858,623 photographs.

The Government of India also conducted extensive foot surveys during the “Status of Tigers in India” assessment. It covered 522,996 km. of trails.

Report of the census

The census concluded that the India’s tiger population has increased by one-third in 2018 as compared to 2014.