India’s first music museum to be set up in Thiruvaiyaru 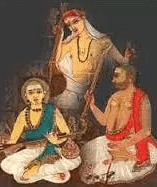 Tamil Nadu has announced the setting up of country’s first music museum with assistance from the Central government in Thiruvaiyaru which is the birthplace of Saint Tyagaraja, one of the Trinities of Carnatic music. The other two of the Trinity are Muthuswami Dikshitar and Syama Sastri.

Saint Muthuswami Dikshitar was a South Indian poet and composer. His compositions are noted for their elaborate and poetic descriptions of Hindu gods and temples and for capturing the essence of the raga forms through the vainika (veena) style that emphasises gamakas. His compositions are predominantly in Sanskrit and he has also composed some of his Kritis in Manipravalam (a mixture of Sanskrit and Tamil).

Saint Syama Sastri was a musician and composer of Carnatic music and was the oldest among the Trinity of Carnatic music. Even though he did not compose so many Kritis, his compositions are still well known due to the literary, melodic and rhythmic proficiency observed in them.  He composed in a more formal form of Telugu which borrows heavily from Sanskrit and there are also a number of Kritis in Tamil attributed to him. Most of his works propitiate the goddess Kamakshi.