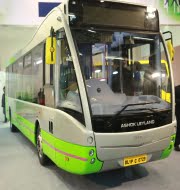 Himachal Pradesh Government was forced to introduce zero-emission transportation facility in ecologically fragile areas after National Green Tribunal (NGT) had taken stringent step of imposing restriction on entry of vehicles to Rohtang Pass. The NGT had shown concern over melting of glaciers in Rohtang Pass area as they were receding at an alarming rate of 19-20 meters per year. The entry of vehicles were restricted to 1,000 vehicles per day, including both diesel and petrol vehicles, however, electric and CNG vehicles are exempted.

Rohtang Pass (elevation 3,978 m) is high mountain pass on eastern Pir Panjal Range of Himalayas around 51 km from Manali. It connects the Kullu Valley with Lahaul and Spiti Valleys of Himachal Pradesh.