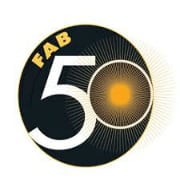 Forbes Asia Fabulous 50 list released on the eve of its 10th Anniversary has listed 10 Indian companies which stands second after China in terms of number of companies listed.
This year’s list was also dominated by Chinese companies, over 25 Chinese companies made to the list against 16 last year.
China’s Tencent continued to be at the top on chart, which now worth $ 176.5 bn. South Korea has third highest number of companies with four firms after China and India, whereas Malaysia, Singapore, and Philippines have two firms each and Japan, Indonesia have one firm each on the list.
Indian companies that made to the list are: HDFC Bank, Tata Consultancy Services, HCL Technologies, Aurobindo Pharma, Lupin, Sun Pharma Industries, Motherson Sumi Systems, Tech Mahindra, Tata Motors and Titan.
Among the fifty companies HDFC Bank was named as Asia Fab 50’s “brightest star” as it has made to the list nine times that is more than any other company in the list.
Note: Forbes selects The ‘Fab 50’ companies from the pool of 1,116 firms that have at least $ 3 billion in annual revenue or market cap.