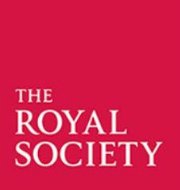 Three Indian Scientist have been elected as the Fellows of The Royal Society, a premier scientific academy of the United Kingdom and the Commonwealth, for their “outstanding contributions to science“. Eminent scientists, engineers and technologists from or living and working in the UK and the Commonwealth are elected every year as the Fellows of The Royal Society.
Krishna Chatterjee from Cambridge University has been recognised for his discoveries of genetic disorders of thyroid gland formation, regulation of hormone synthesis and hormone action. He was responsible for the development of Clinical Research Facilities at the University of Cambridge.
Subhash Khot from New York University is a theoretical computer scientist who is known for his definition of the “Unique Games” problem. He has been credited for throwing insight into unresolved problems in the field of computational complexity.
Yadvinder Malhi from Oxford University is an ecosystem ecologist who is recognised for his works on understanding the functioning of terrestrial ecosystems and its response to the pressures of global change, including climate change, degradation and loss of large animals.

The Royal Society is a self-governing fellowship society of the world’s most distinguished scientists drawn from all areas of science, medicine and engineering. It is world’s oldest scientific academy in continuous existence and was established in 1660. Its mission is to recognise, support and promote excellence in science and to encourage the development and use of science for the benefit of humanity. The Royal Society elects new Fellows and Foreign Members every year who have made substantial contribution to the improvement of natural knowledge, including engineering science, mathematics and medical science. Since its foundation, about 8,000 Fellows have been elected. First Indian fellow to get elected was Ardaseer Cursetjee, an engineer, in 1841 and the second one was Srinivasa Ramanujan, autodidact mathematician in 1918.