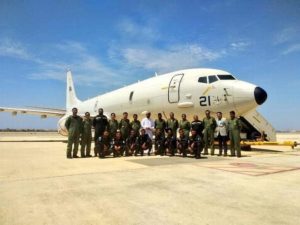 The Indian Navy recently deployed its P8I surveillance planes for carrying out anti-piracy patrol sorties from Salalah (in Oman) to patrol the Gulf of Aden and other piracy prone areas.

About Mission Based Deployments

With the increasing geo-strategic importance of the Indian Ocean Region (IOR) Indian Navy regularly deploys ships for Presence and Surveillance Missions (PSM), off critical choke points or sea lanes in IOR. Under MBD concept, since August 2017 Indian Navy deployments in IOR have been further structured such as that Navy maintains a ship at every choke point in IOR at any point of time.