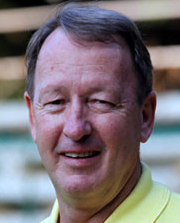 Walsh tendered his resignation as the coach stating bureaucratic hassles, non-payment of dues and his own family commitments as reasons contributing to the decision. He questioned the decision-making process of the bureaucrats given the responsibility of regulating Indian sports. He also mentioned the difficulty in working with the SAI (Sports Authority of India) and HI (Hockey India).

Later, Walsh agreed to put his resignation on hold till November 19, when he expects the SAI to implement some of its proposed solutions. After evaluating the changes, he is expected to make a final decision on his resignation.
The withdrawal of Walsh’s resignation gives the authorities the opportunity to address his grievances. According to his contract, Walsh can choose to return to his position one month from the date he tenders his resignation, if both parties can reach an understanding.

The Union Sports Minister has asked his department secretary and the SAI to submit a report on Walsh’s resignation within 24 hours.