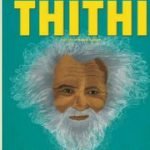 Indian film Thithi has won the best film award at the first BRICS Film Festival concluded in New Delhi. The film festival had opened in New Delhi on 2nd September 2016.
Thithi is a dramatic comedy Kannada film co-written and directed by Raam Reddy. It is about how three generations of sons react to the death of the oldest man in their clan, named Century Gowda who is a locally renowned, highly cantankerous 101-year-old man.
Other Awards