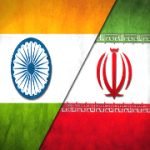 The Union Minister of External Affairs Shri S Jaishankar recently announced at the Geneva Donors conference that India is to construct the Shahtoot Dam across the Maidan river, a tributary of river Kabul in Afghanistan. The negotiations to build the dam across the river began in 2016.
In 2016, India had funded for the Salma dam across Hari river (Herat province) of Afghanistan. The dam is also called the Afghan-India Friendship Dam.

The Shahtoot dam is to be constructed in Kabul river basin, one of the five river basins of Afghanistan. The dam will provide irrigation, drinking water for the Kabul province of the country. The cost of the project has been estimated as 305 million USD.

The dam will provide irrigation facilities to about 10,000 hectares of agricultural land. It will supply drinking water to around 2 million people in the city of Kabul. Also, it will recharge the underground water for drinking purposes in and around Kabul. It will contribute to national food security by helping in the production of fishery, crops and industries. It will also promote tourism and increase opportunities of income.

Along with the Shahtoot dam, India has pledged to rebuild Afghanistan committing to 80 million USD worth projects. Around 150 projects have been announced by India in the conflict-ridden country.

India has been committed to develop Afghanistan since 2002. So far India has contributed 3 million USD in rebuilding and reconstruction of Afghanistan. India did not invest in Afghanistan during the Taliban years which was between 1996 and 2001.

The United States of America has been pressurising India to deploy its Army along with its own army to bring in peace in the country of Afghanistan. However, India refuted US proposals. On the other hand, India focused on developing the country by mainly helping in its infrastructure. This is because India believes that development is a permanent solution to end the conflict in Afghanistan. Also, it is against the policy of India to involve in the military and security of other countries.