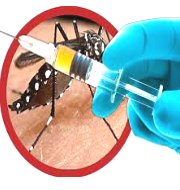 The Department of Biotechnology (DBT), which functions under Ministry of Science & Technology is supporting the research on dengue vaccine under the aegis of Indo-US Vaccine Action Programme (VAP) and the Vaccine Grand Challenge Programme (VGCP). All efforts are being taken to come out with a safe, efficacious and inexpensive dengue vaccine. For this purpose, a major project on “Development of envelope domain III –based dengue virus-like particle (VLP) vaccine candidates” has been under implementation at International Centre for Genetic Engineering & Biotechnology (ICGEB) at an expenditure of Rs 429.41 lakhs since March, 2016.

Indo-US Vaccine Action Programme (VAP) is an Indo-US bilateral program. The programme is being implemented under the Gandhi-Reagan Science & Technology Agreement since 1987. VAP primarily aims at developing and evolving focused and applied research on new and improved vaccines and immuno-diagnostics against some of the major communicable diseases, by bringing together leading Indian and US scientists.

Dengue is a mosquito-borne seasonal viral infection caused by any of four closely related viruses (DENV 1-4). The virus is transmitted by a bite of female mosquito of any of two species of mosquitoes of the genus Aedes. Outbreak of the disease typically occurs in summer season when the mosquito population reaches its peak. It occurs widely in tropical and subtropical areas in Asia, Africa, Central and South America.