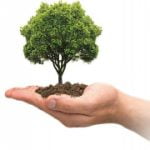 The Ministry of Environment, Forest and Climate Change (MoEFCC) has released India State of Forest Report (ISFR) 2017. It has revealed that total forest and tree cover in India has increased of over 8,021 sq km (about 80.20 million hectare) which is one percent increase from 2015.

India is ranked 10th in world, with 24.4% of land area under forest and tree cover, even though it accounts for 2.4 % of the world surface area and sustains needs of 17 % of human and 18 % livestock population. India was placed 8th in list of Top Ten nations reporting the greatest annual net gain in forest area.

Mangrove eco-systems are rich in biodiversity and provide number of ecological services. They also play a major role in protecting coastal areas from erosion, tidal storms and tsunamis.
According to ISFR 2017, total mangrove cover stands at 4,921 sq km and has increased by 181 sq kms. 7 out of 12 mangrove states have shown an increase in mangrove cover and none of them show any negative change. Maharashtra (82 sq kms), Andhra Pradesh (37 sq kms) and Gujarat (33 sq kms) are top three gainers in terms of mangrove cover.

The extent of bamboo-bearing area in country is estimated at 15.69 million ha. There has been an increase of 1.73 million ha in bamboo area in comparison to last assessment done in 2011. There is increase of 19 million tonnes in bamboo-growing stock as compared to last assessment done in 2011. The growing stock of bamboo in forest has been estimated to be 189 million tonnes.

The India State of Forest Report 2017 (ISFR 2017) is 15th such report in the series prepared by Forest Survey of India (FSI). The report has been prepared with the help of scientific tools and contains information on forest cover, tree cover, mangrove cover, carbon stock in India’s forests, growing stock inside and outside the forest areas and forest cover in different patch size classes.
The report for first time contains information on decadal change in water bodies in forest during 2005-2015, forest fire, production of timber from outside forest, state wise carbon stock in different forest types and density classes. FSI has been assessing the forest and tree resources of our country on a biennial basis since 1987. The results of the assessment are published in its biennial report titled “India State of Forest Report (ISFR)”.