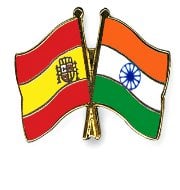 India raised concerns over situation in Afghanistan in the aftermath of Taliban takeover of Kabul in August 2021. India has underlined that, Afghanistan’s territory should not to be used to threaten or attack any country, to plan or finance terrorist attacks or to shelter or train terrorists.

India signed the contract for procurement of 56 C295 aircraft from Airbus Spain. Out of 56, 40 of which will be ‘Made in India’ in association with Tata Advanced Systems.