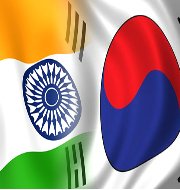 India and South Korea have inked a new memorandum of understanding (MoU) on suspension of collection of taxes during pendency of mutual agreement procedure.
This MoU will relieve the burden of double taxation for taxpayers in both the countries during the pendency of Mutual Agreement Procedure (MAP) proceedings.
Besides, both countries also have agreed that transfer pricing dispute cases will be taken up for MAP under the revised Double Tax Avoidance Agreement (DTAA) between India and Korea.
What is Mutual Agreement Procedure?