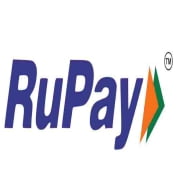 During Prime Minister Narendra Modi’s recent visit to the kingdom of Saudi Arabia, India has signed an agreement with the Saudi Arabia to launch the RuPay card in the country. A Memorandum of Understanding (MoU) was also signed between the two countries for the purpose. The step will benefit not only 2.6 million Indians in Gulf Kingdom but also pilgrims visiting Haj and Umrah.

It is a first-of-its-kind Indian domestic Debit and Credit Card payment network. It is accepted at ATMs, POS devices as well as e-commerce websites. It was launched in 2012 to fulfil Reserve Bank of India’s (RBIs) vision to have a domestic, open and multilateral system of payments.

RuPay is India’s version of Master Card and Visa and is also a highly secure network that protects against cyberhacks. Currently, there are about 500 million RuPay cards in circulation in India.

To enhance its international acceptance, the RuPay has also tied-up with international players such as Discover, China Union Pay and Japan Credit Bureau. It recently also achieved a milestone of issuing 25 million RuPay cards.

Over the last few years, India’s relations with the kingdom of Saudi Arabia have been on an upswing based on burgeoning energy ties besides cooperation in several other areas. PM Modi’s first visit to Riyadh in 2016 had put bilateral ties on a new trajectory.

With more than 2.6 million Indians working in Saudi Arabia, the Indian is the largest expatriate community in country. Every year nearly 2 lakh Haj pilgrims and about 3million Umrah pilgrims from India visit Saudi Arabia. The recent acceptance of Rupay card will allow the Indian expatriate and pilgrims to transact at cheaper rates.