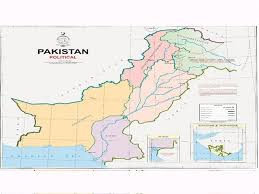 India has outright rejected the new political map unveiled by Pakistan that laid claim to the Indian territory of Jammu and Kashmir and Ladakh, both UTs, and also parts of the Indian state of Gujarat. The government has termed it an exercise in political absurdity and has also added that these assertions have no legal validity or international credibility.

This move has been announced by Pakistan on the first anniversary of the formation of the UTs, Jammu and Kashmir and Ladakh, after the abrogation of the Article 370 of the Indian Constitution. The government has also terminated the special status granted to J&K in the constitution. Till now, Pakistan has been calling for an UN-backed plebiscite for Jammu and Kashmir and was not demanding these areas as their own. But this time, the country has gone ahead to claim the territories.

In this regard, another neighbouring country of India, Nepal, has also published a map containing areas of Uttarakhand in India. India strongly rejected that and later it was withdrawn for the time being by the government.

Pakistan has declared that the new map would be the official map of the country once it is approved by the federal cabinet. This will also be used in the schools and colleges of the country. The map also stakes claim to Siachen to the North and Sir Creek to the west as well along with the other areas of India.