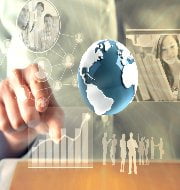 India was ranked 81st among 118 countries in 2017 Global index of talent competitiveness (GTI) list.  India has improved its position from 92nd last year. The index measures ability of countries to compete for talent i.e. how countries grow, attract and retain talent. It is produced by global business school INSEAD in partnership with Adecco Group and Tata Communications.

Top Countries: Switzerland is followed by Singapore and US. European countries dominate top ranks, with 15 out of the top 25 places. Developed, high-income countries are still the global talent champions while Zurich, Stockholm and Oslo take the top spots in the GTI cities’ ranking.
BRICS countries: India’s ranking was last among the five BRICS countries in 2017. China has moved up to 43rd now, Russia to 53rd, South Africa to 63rd and Brazil to 73rd position.
India faces serious risk of worsening brain drain. In terms of formal Education, India ranks 67th and in Lifelong Learning it ranks 37th. In terms of pool of Global Knowledge Skills (63rd) is solid compared with other emerging markets. India also has plenty of room for improvement is in minimising brain drain while achieving brain gain by luring back some of its talented diaspora members as iit ranks 98th in the Attract pillar and in retaining its own talent it ranks 99th.