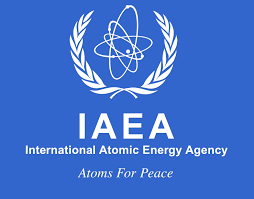 IAEA is an international organization that seeks to promote the peaceful use of nuclear energy, and to inhibit its use for any military purpose, including nuclear weapons. It was established as an autonomous organization in 1957 through its own international treaty, the IAEA Statute. Its headquarters are in Vienna, Austria. IAEA serves as international nuclear energy watchdog, independent of United Nations but reports to both United Nations General Assembly (UNGA) and Security Council (UNSC).
IAEA Safeguards
They are system of inspection and verification of peaceful uses of nuclear materials as part of Nuclear Non-Proliferation Treaty (NPT). These safeguards mainly reiterates primacy to IAEA in its central role in promotion of atomic energy for peaceful uses and prosperity of the mankind while maintaining its due support in safeguards. IAEA safeguards activities are undertaken by Department of Safeguards, a separate department within IAEA.
Legal framework of safeguards: Information Circular 66 (INFCIRC 66), an agreement between IAEA and member states provides for conduct of limited safeguards within member state. Under it, member states identifies facilities that are made available for IAEA Safeguards inspection. Besides, Treaty on Nonproliferation of Nuclear Weapons (NPT), 1968 requires signatories to become members of IAEA and non-nuclear weapons states conclude comprehensive safeguards agreements under INFCIRC 153.