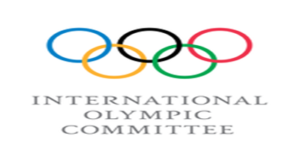 India has proposed to host 2023 International Olympic Committee (IOC) session in Mumbai, which is expected to choose host city for 2030 Winter Olympics.

An IOC Session: is the general meeting of members of Committee (about 100-odd), held once in a year, in which each member has one vote. It is the supreme organ of IOC and its decisions are final.

Recent Developments: The formal bid for the purpose of hosting 2023 IOC session was submitted by Indian Olympic Association President Narinder Batra and IOC member Nita Ambani to IOC Chief Thomas Back on the sidelines of governing body’s 134th Session at Lausanne in Switzerland. 134th IOC Session took place from 24 to 26 June 2019.

The year 2022-2023 happens to be the 75th year of Indian Independence (since 1947) and thus seems to be the best way for Indian sports to celebrate the anniversary by having entire Olympic community in India.

Background: Earlier, India has hosted the 86th IOC Session in 1983 in New Delhi. Recently, India had expressed its desire to host the ongoing IOC session to decide the 2026 Winter Olympics host but it lost the bid to the Milan (Italian city). But later, Milan stepped back from the role after Italy decided to bid for 2026 Winter Games instead and thus the session is being held at Lausanne in Switzerland.

As per IOC rules, a host city is prohibited from being elected in their home country. The Italian city Milan was named as host of 2026 Winter Olympics.