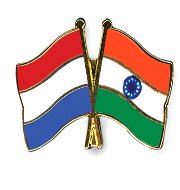 India and Netherlands have signed a Memorandum of Understanding (MoU) for the development of Measles- Rubella Vaccines.
The MoU was signed under Make in India initiative of Union government in the presence of the Netherlands Prime Minister Mark Rutte during his visit to India.
The vaccine will be manufactured by Bharat Immunologicals and Biologicals Corporation Ltd (BIBCOL) at its plant at Chola, Uttar Pradesh. Translational Vaccinology (INTRAVACC) a government-based institute of Netherlands will provide technical support for the development of vaccine.
INTRAVACC institute is part of Netherlands’ Ministry of Health, Welfare and Sport. It is internationally renowned for vaccine development and has a long history in technology transfer.
BIBCOL is a Central Public Sector Unit (CPSU) under the Department of Biotechnology of Union Ministry of Science & Technology.
It was established as a PSU in 1989, with the aim to achieve self-sufficiency for the nation with respect to production and supply of high quality polio vaccine and other biologicals.
During India’s immunisation programme BIBCOL had supplied billions of doses of oral polio vaccine and had played a major role in making India polio free.