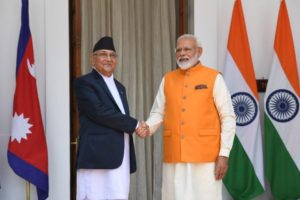 India extended a financial aid of 1.6billion Nepalese Rupees (NPR) to Nepal government for rebuilding earthquake-hit houses in two district that were most hit.

This sustained and generous humanitarian support extended by India for post-earthquake reconstruction was appreciated by Nepal.

Other grants by India: