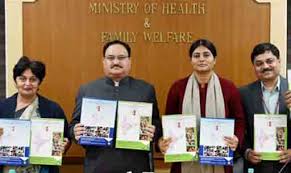 India was declared free from infective Trachoma, a contagious bacterial infection of the eye. The infection causes inflamed granulation on the inner surface of the lids.
It was announced by Union Health Minister J P Nadda after releasing National Trachoma Survey Report (2014-17) in New Delhi. With this, India met goal of trachoma elimination as specified by World Health Organisation (WHO) under its GET2020 (Global Elimination of Trachoma by the year 2020) program.

Trachoma is a chronic infective disease of eye and is leading cause of infective blindness globally. It is outcome of poor environmental and personal hygiene and inadequate access to water and sanitation. It affects conjunctiva under the eyelids.
Repeated Trachoma infection causes scarring leading to in-turning of the eyelashes and eyelids which further causes damage to cornea and blindness. It is main cause of corneal blindness in India, affecting young children. It was found affecting the population North Indian states like Gujarat, Punjab, Haryana, Rajasthan, Uttar Pradesh.

The Survey results indicate that active Trachoma is no longer a public health problem in India. It was possible due to decades of inter-sectoral interventions and efforts that included provision of antibiotic eye drops, personal hygiene, improved environmental sanitation, availability of safe water, availability of surgical facilities for chronic trachoma.
Trachoma has been eliminated among children below 10 years in all survey districts with overall prevalence of only 0.7%, much below elimination criteria of infective trachoma as defined by WHO. As per WHO targets, Trachoma is considered eliminated if prevalence of active infection among children below 10 years is less than 5%.