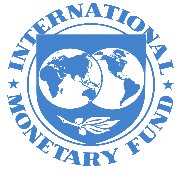 International Monetary Fund’s (IMF’s) long-pending 2010 Quota and Governance Reforms have finally become effective.
These proposed reforms are the biggest change in the governance of the IMF (lender of last resort) since it was established after World War II in 1945 after the Bretton Woods Conference.
Key facts

Earlier Scenario: Currently, US, Japan, France, Germany, Italy, United Kingdom, Canada and Saudi Arabia are among the top ten members of the IMF. While, the member countries with the 5 largest quotas appoint an Executive Director.
Background
The reforms were agreed upon by the 188 members of the IMF in 2010 in the aftermath of the global financial meltdown. However, there implementations were delayed due to the time taken by the US Congress to approve the changes. But, were finally approved by the US Congress in December 2015.