IMF lowers from 6.1 to 4.8 Percent GDP Growth Rate for India 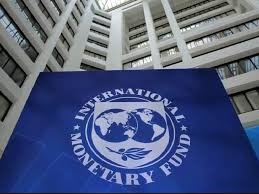 The Washington, D.C based international organization, International Monetary Fund (IMF)decreased India’s GDP growth forecast to 4.8 percent for this fiscal year, which is 1.3 percentage point lesser than its previous estimates. Chief Economist of the IMF, Gita Gopinath stated in a blogpost that the slow down in the Indian economy which resulted in weak rural income growth had led to stress in the non-banking financial sector due to which the economic growth rate of India was revised. She also added that the positive impact of corporate tax reduction will provide momentum in growth in the upcoming fiscal.

The IMF also projected that India’s economy will grow by 5.8 percent next year and 6.5 percent in 2021-2022. The Global economic growth rate was also lowered by the IMF to be 3.3 % in the current year and 3.4 % in 2022. India’s GDP forecast dip was mainly due to the NBFC crisis and weak demand in rural India. The slowdown in India is said to be the reason for the cut in the global growth rate.