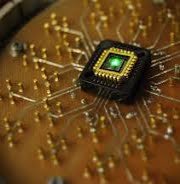 The researchers from the Indian Institute of Science (IISc), Bengaluru have developed a cost-effective, high-performance, self-powered UV photodetector.
The self-powered UV photodetector can use the harvested optical energy for direct self-charging of energy storage devices such as supercapacitor. It can also be used for operating electronic devices in the absence of external power source.
What is Photodetector?
Photodector is a device capable of sensing (detecting) or responding to electromagnetic energy, typically light by using the electrical effect of individual photons.
What researchers have developed?

What are potential benefits?