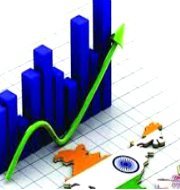 The government has released new-look index of industrial production (IIP) and the wholesale price index (WPI) , which have been built on the new series of data. The new IIP and WPI series has been released by Chief Statistician of India and Secretary, Ministry of Statistics & Programme Implementation, and Secretary, Department of Industrial Policy and Promotion to usher in greater accuracy and improved synchronisation leading to better policies.

The new series of IIP  will include 809 manufacturing products and 55 mining products that are re-grouped into 521 item groups. The new series of IIP will include technology items like smart phones, tablets, LED television etc. A technical review committee has also been established to identify new items by ensuring that the series remains relevant. The committee is slated to meet at least once a year.

The  number of items covered in the new series of the WPI has increased from 676 to 697. Overall, 199 new items have been added and 146 old items have been dropped.
Under the primary articles, new vegetables and fruits like radish, carrot, cucumber, bitter gourd, mosambi (sweet lime), pomegranate, jackfruit, and pear have been added. Under the mineral group, new items like copper concentrate, lead concentrate and garnet have been added and other items like copper ore, gypsum, kaolin, dolomite, and magnesite have been dropped. Under the manufacturing items, 173 new items including conveyer belt, rubber tread, steel cables, tissue paper, and wooden splint have been added, while 135 items like khandsari, poppadom, and video CD players have been taken out.
Under the new series of WPI, weight of manufactured items has decreased to 64.2 per cent from 64.9 per cent in old series. Similarly, the weight of fuel and power has decreased to 13.1 per cent from 14.9 per cent. On the other hand, the weight of primary items have increased to 22.6 per cent from 20.1 per cent.

The IIP has been revised after a gap of 13 years and the obsolete items which are no longer in production in the index have been replaced with contemporary products in the new index making it to be more comprehensive in nature.
Introduction of the new series would make all the key macroeconomic indicators such as IIP, WPI, CPI and national accounts to have a common base of 2011-12, paving way for easier comparisons among them.
The new series indices have painted a healthier picture of the Indian economy in 2016-17 than that of the old series.