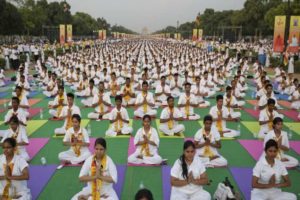 The Ministry of Information and Broadcasting (I&B) has instituted a new award called Antarashtriya Yoga Diwas Media Samman (AYDMS) from year 2019 to recognise contribution made by media in spreading awareness about Yoga and for promotion and commemoration of International Yoga Day, held every year on 21 June.