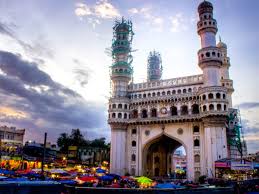 The capital city of Telangana and a major hub of technology industries, Hyderabad was recently adjudged as the ‘World’s Most Dynamic City’ based on the parameters like commercial real estate, social-economic indicators, out of which Hyderabad scored the highest globally in economic indicators such as GDP growth, airport passenger growth, and retail sales as per the JLL City Momentum Index, 2020 released last Thursday, 17th January 2020.

The US-based by global real estate services firm Jones Lang Lasalle (JLL), recently released the index by assessing 130 cities around the world. In this seventh edition of the ranking, Hyderabad was placed at the top spot followed by another Indian tech-hub Bengaluru. The capital city of Tamil Nadu, Chennai is placed in fifth place while Delhi is in the sixth place. India leads the 2020 Index with its seven cities being placed in the top 20 ranks. In the previous year’s ranking published by JLL, Bengaluru was ranked in the first place followed by Hyderabad.