How important is India’s first region-specific line of credit that India is extending to Far East of Russia? 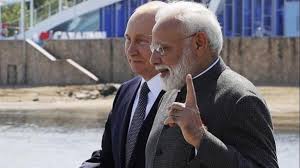 Addressing an international gathering at the Plenary Session of the 5th Eastern Economic Forum (EEF) which is currently being held in Vladivostok, the Indian Prime Minister, Narendra Modi made a significant announcement when he stated that India is ready to extend a USD 1 billion line of credit for the investment in and the development of the Russian Far East Region.

Significance of the Russian Far East for India

Significance of the Indian’s government’s offer

India is also one of the largest consumers of Russian made arms and ammunition. India has in the past bought over 70% of its defence armament from the Russian arms industry and is currently looking to manufacture Kalashnikov assault rifles in India.