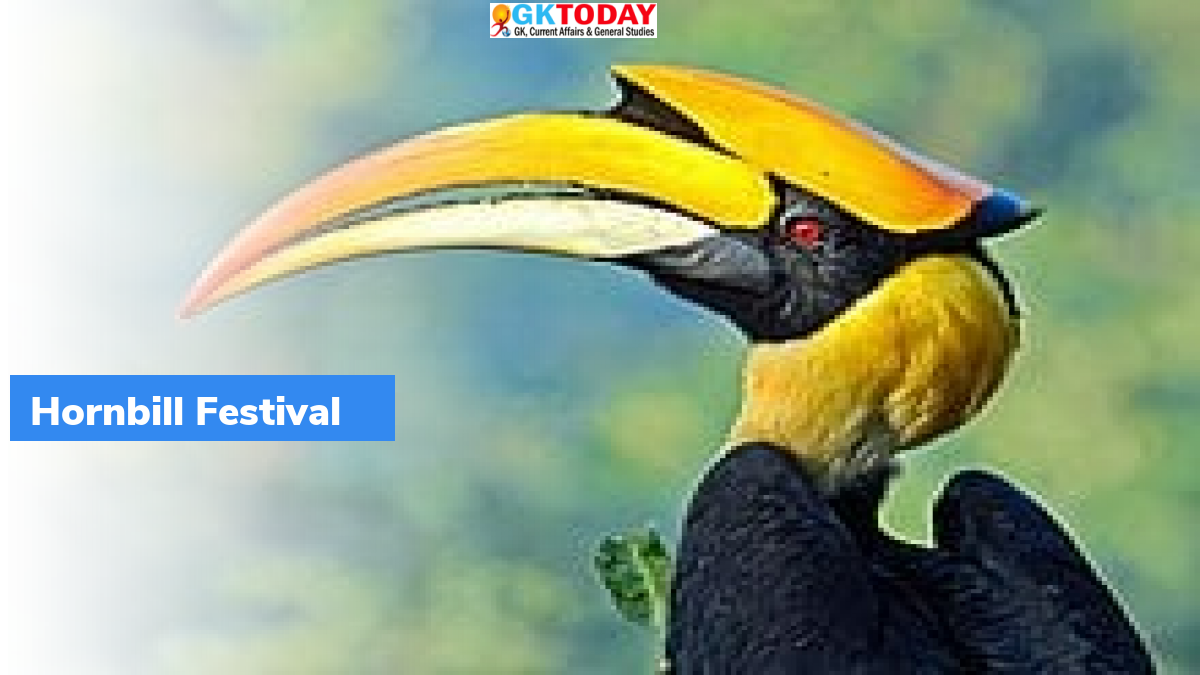 The Hornbill Festival, which is called the ‘Festivals of Festivals’, is a 10-day annual cultural fest of Nagaland that showcases the rich and diverse Naga ethnicity through folk dances, traditional music, local cuisine, handicraft, art workshops etc. The start of this festival (December 1) marks the Nagaland statehood day.

The festival has contributed significant tourism revenue to the north eastern part of India. This is mainly because Hornbill festival provides an insight into the different Tribes of Nagaland. It provides a colourful mixture of craft, dancers, sports, religious ceremonies and food fairs. Naga Morungs exhibition is also organised during the festival.

Apart from the Hornbill festival, the other popular festival of the Nagas is the Lui Ngai Ni. It is the seed sowing festival that is celebrated by the Naga Tribes of Manipur. It is celebrated in the month of February to mark the beginning of spring season.

Hornbill bird is common in tropical and subtropical Asia, Africa and Melanesia. The festival is named after this bird because, it forms the centre of many local folklore. Also, the tribes in the state consider the bird to be sacred. The IUCN status of hornbill bird is “Near Threatened”.