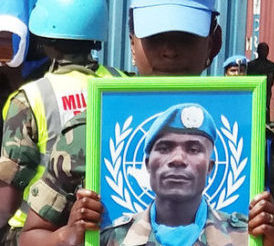 The Malawian soldier Chancy Chitete will be honoured with the United Nation’s (UN) highest peacekeeping award, dubbed as “Captain Mbaye Diagne Medal for Exceptional Courage”. He will be awarded posthumously in New York, US on May 24 2019.