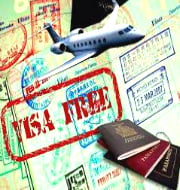 Hong Kong, a special administrative region of China has withdrawn the visa-free facility for Indians who will have to complete a pre-arrival registration. Henceforth, Indian Nationals will require Pre-arrival Registration.
Thus, Indian nationals must successfully complete pre-arrival registration online before they can visit or transit Hong Kong if seeking to enter the region during transit.
The pre-arrival registration will be valid for a 6 month period or until the expiry date of the Indian passport linked to it, whichever is earlier. It will be not required for Indian nationals in direct transit by air and not leaving the airport transit area. This decision was taken on the ground to prevent illegal immigration as number of Indian asylum seekers was on the rise. Over half a million Indians visit Hong Kong for business, trade and holidays.

Earlier, Hong Kong used to be part of a block of countries that gave Indians unconditional visa-free entry. Indians were permitted to enter Hong Kong with a valid passport for a period up to 14 days without a visa. However in recent times, it was found that Indian nationals were overstaying in Hong Kong by violating visa norms.

Hong Kong’s unilateral decision came a year after its government had sent a delegation headed by the Assistant Director of Immigration from the Immigration Department and Hong Kong Police in December 2015 to India. It had informed concerns about “illegal employment” and “human trafficking” involving Indians in Hong Kong to the Union Ministry of External Affairs. They even had expressed concern that many Indians taking up jobs even though Hong Kong does not allow visitors to work.